Whose Voice Gets To Represent Race In Our Literature? 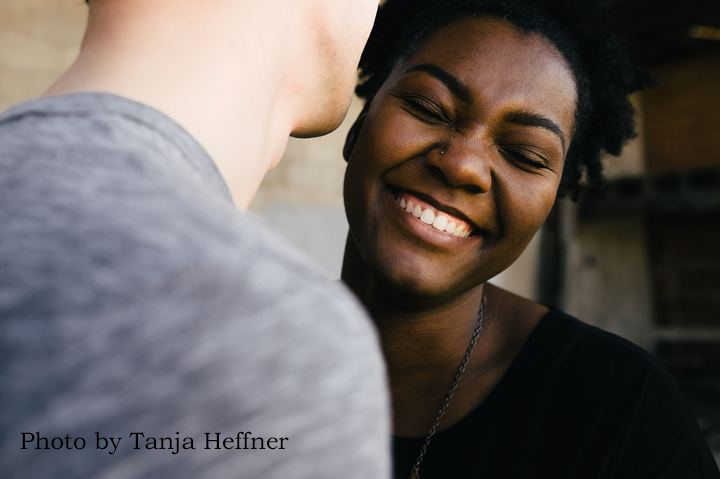 Storytellers are the chroniclers of our life and times. They memorialize history, dissect our complex and evolving world; they entertain and provoke and captivate. They are as diverse and eclectic as the characters they create and the stories they tell. It is their job to reflect who we are, what we experience, and what we can imagine. That’s a big canvas. It’s huge. And there’s no end to the variety of colors and hues that can be drawn upon it. Just as there is no end to the variety of artists weaving the tales drawn there.

Yet some believe there are rules to who gets to use which colors, who gets to draw outside the lines to tell stories that involve characters from different cultures. Some believe issues of race can only be voiced from within limited perspectives. Who gets to decide that? Who determines the answer to the title question?

In May of this year, the BBC took it on, running a piece about successful British spy author, Anthony Horowitz, who’d been dissuaded from including a black character in one of his novels:

Author Anthony Horowitz says he was “warned off” including a black character in his new book because it was “inappropriate” for a white writer. The creator of the Alex Rider teenage spy novels says an editor told him it could be considered “patronising” … Horowitz, who has written 10 novels featuring teenage spy Alex Rider, said there was a “chain of thought” in America that it was “inappropriate” for white writers to try to create black characters, something which he described as “dangerous territory”.

I not only agreed with Anthony’s “dangerous territory” comment, I shared that opinion in my own piece, No, Authors Should Not Be Constrained By Gender Or Race In The Characters They Create (and since quoting my own work feels circular, I invite you to click over there to get my fuller perspective).

I ask this question not just because of the larger and, yes, “dangerous” implications of limiting literary voices and books, but from the very personal perspective of hitting the buzzsaw of “fear of cultural appropriation” within my own work, in trying to get my own book, a dramatic novel about police profiling within an interracial relationship, published.

While agents and publishers can find any number of reasons to reject a book (as they do regularly), particularly as the industry struggles under dramatically changing fortunes, I was surprised at the resounding lack of response I’d gotten to this new book, particularly after having published two previous novels that have done well, and with a resume that’s garnered a modicum of respect. Certainly I understand how subjective the process is — it’s been likened to the rarity and randomness of falling in love — but still, it was unusual how few even acknowledged my query. It wasn’t until I was able to get some specific responses from specific agents that the light finally went on.

It was a problem of “fear of cultural appropriation.”

I am a white author telling a story that involves black characters. This, as Anthony Horowitz was warned, is not considered “appropriate.” It’s seen as “patronizing.” Though, in following that paradigm, who, then, would be able to tell the story of an interracial relationship if neither race can write about the other? Personally, I find that to be madness, but I’ve now had agents from three different high-profile literary agencies specifically cite “appropriation” as their reasons for rejection:

1. The first felt my “whiteness is kind of a problem,” she wrote: “This is a well written and serious novel; an issue-oriented novel that could not be more current… but there may be an issue of whose voice gets to represent race.”

2. The second asserted she couldn’t take it on because of “all the concerns about ‘cultural appropriation’ these days.”

But the message was clear, at least from the point of view of these particular gatekeepers: white authors writing black characters are unmarketable. Beyond “inappropriate,” “these are brutal times in fiction and we’re not comfortable representing a book, no matter how good or worthy, in which that issue is present.”

How do we feel about that? As readers, writers, and consumers of cultural content?

I find it dangerous. I find it censuring. I find it condescending and discriminatory. I find any limitation to writers of any race to be the antithesis of art. Or, as my friend and #BLM activist, Regina McRae, put it (and I echoed above): “An author is an artist, and words are their canvas. You can’t constrain art.” She’s right.

We live in a profoundly competitive world, a landscape made all the more so by the internet and its powers of equalization. Skill, craft, and expertise, once prerequisites of success, are now often trumped by what’s viral, what’s contemporary, what excels via social media marketing. A “nobody” making YouTube videos can hit the zeitgeist of youth fascination to outpace a label artist who’s put years and millions into production. A young Turk writing snarky clickbait can be valued over a brilliant journalist covering news with depth and perspective. A self-published soft-porn novelist can outsell a Pulitzer Prize-winning wordsmith by virtue of viral hype alone. And kids with iPhones can score magazines covers while journeymen photographers close shop.

Within that world, industries impacted, like the publishing industry, pendulate wildly as they attempt to transcend and reinvent, often without clarity about what’s next or what new turn culture might take while they’re trying to survive. So I get it. I get a literary agent telling me she “doesn’t have the courage” to take on a book that might stir controversy, that might garner commensurate cowardice from the publishers she’s trying to sell it to. It’s a business; she’s gotta make a living.

But I disdain the reasons why. If a white author writes a book with black characters and it’s poorly written, with little market value, or if — given art’s subjectivity — it’s simply something she doesn’t like or doesn’t believe has merit, fine. Those are understandable reasons to reject.

But if a book with black characters written by a white author is a “well written and serious novel; an issue-oriented novel that could not be more current,” and if that book — presented with fully-fleshed characters, with depth, sensitivity, and authentic reflections of all ethnicities involve — is rejected simply because it might trigger discomfort about “cultural appropriation,” what is the underlying message?

Silly, isn’t it? Maybe even terrifying.

Is that really what we want from our artistic gatekeepers? Fear of controversy? Cultural timidity? The negation of an entire demographic of voices who dare to include diversity outside their own? Have we really come to a time of such hair-trigger sensitivity that we require our storytellers to limit their imaginations to only the race, creed and color they are?

Tell that to Harper Lee.

Now, believe me, I’m not comparing myself to Harper Lee, but I am saying every book must be judged on the merit of the work; every author, on the quality of their skill and presentation. And if an author is telling a multicultural story, one that involves diverse characters, their only obligation is to tell that story well, with authenticity and truth.

Given my own focus and activism on issues of race in America, its conflicts and conversations (see “related articles” below), I believe I have done that; I’ve heeded that mandate. I also think I’ve written a pretty damn good story. But if I can’t find anyone in the traditional publishing world courageous enough to take it on, to transcend their fears of “cultural appropriation,” I’ll once again leap on my own and hopefully find an interested, openminded audience.

It is our job to tell our stories. It is our right to create the worlds and characters and tales we imagine. We are not limited by corporate timidity. And we are not afraid of who reads them.

I’m interested to hear what other writers, agents, publishers, readers at large think about or have encountered on this issue. It’s one that seems to be growing and needs, I believe, some serious thought and discussion. Feel free to share your thoughts in comments, on Facebook, or get in touch via my website. And if you’re curious about my book in question, click HERE. 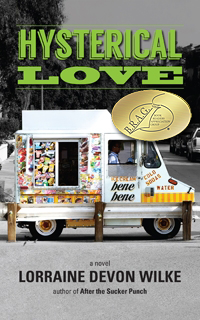 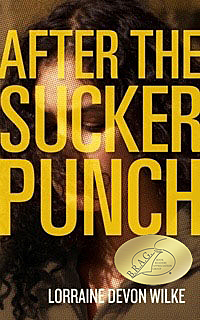 The comments, advice and opinions expressed here are those of authors whose books have been honored with a B.R.A.G. Medallion. They do not necessarily reflect the views of the owners, management, or employees of indieBRAG, LLC.
Authors' Chat, award winning books, indieBRAG, The B.R.A.G.Medallion, Words of Wisdom, Writers, Readers & Self Publishing #indieBRAG #readin #books #indie #Amazon #socialmedia