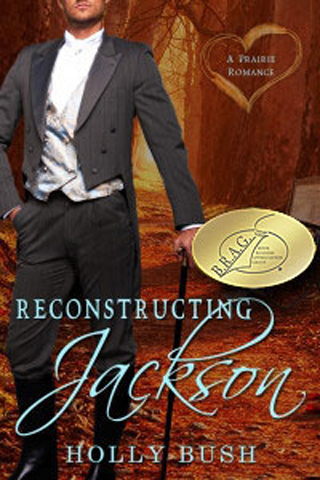 The year is 1867. The Confederates have lost and the South is bitter, much in ruins.  Throughout the US, the former slaves are free yet most remain fearful, unable to exercise the freedoms they have been given.

Enter Reed Jackson, lawyer, handsome and defeated Confederate officer. One leg amputated during the war, the other said to be too weak to use, Reed is in a wheel chair, angry, hopeless and uncertain about his future. His plantation and financé have been given to his younger brother and Reed is sent to the Aimes cousins in Missouri. Holly told me, “He knew the South could not support slavery forever, he knew his father was a cruel man, he knew that good people existed (his mother), he fought in a war he did not support but was expected of him, and he knew that the law must be followed blindly to begin our crawl out of our national conflicts.”

So begins the historical romance written by Holly Bush. Reed is confronted with the historical reality of his era. His cousins own a boarding house and employ Beulah, a free Black manager, a bright, educated former slave. She is also a teacher, who elevates Belle Richards from her illiteracy and her abusive impoverished family. More than being an employee, Beulah is a trusted friend, part of the family.

Fenton, Missouri, the backdrop of the novel, struggles with violence, prejudice and rebuilding after the Civil War. Hatreds and stereotypes are not dead. Reed and Beulah at first rub each other the wrong way, Reed having no context to judge a free Black woman. Beulah eats at the same table as his cousins, and now Reed. She teaches others to read and write, and is a strong, courageous woman, despite the fearful situations she is placed in. These two characters clearly show the struggles of the time, which continued for so many years and by which the US is still influenced.

Belle Richards is born into an abusive, uneducated and racist family.  She hides her relationship to Beulah, her teacher and eventual rescuer. Despite her bleak situation, Belle is tough and radiates optimism, which attracts Reed, who begins pulling himself out of depression and racist concepts. “If Belle represented something, it was love and hope and a higher purpose, and Reed was as desperate for that as he was angry with his own personal losses,” she told me.  Standing up for dignity and what is right is a large part of this novel, as is agonizing violence and hatred. Holly creates tension in the novel, through a trial, which takes many of the novel’s conflicts into account.

Many interesting historical details are included, from legal and medical to food and clothing, which give the novel a well-researched grounding in the time. Holly also uses realistic language from racists, offensive to modern ears, although part of that and future eras.

Reed and Belle struggle through their own serious issues, alternately supporting and opposing each other. Their journey is one worth reading, encompassing so many of the issues of the era in which they live. Belief in each other heals and inspires them and us in this satisfying romance. Holly shared how she writes her historical romances. “Ultimately, I don’t ever plan to write books with larger themes. I find it cumbersome and deadening to creativity. I write love stories that sometimes do end up having larger themes and I’m not quite sure how that happens but when it does happen, as in this book, comments and responses can be a real roller coaster!” Perhaps that is why this historical romance is so absorbing for so many of her readers!

Hungry much of the time, Belle encourages her brothers to go out hunting for rabbit or squirrel so she can make a decent stew.  We’ve gone to the store for our meat, but I’m sure this Beef Stew would be one Belle would enjoy making for her family! 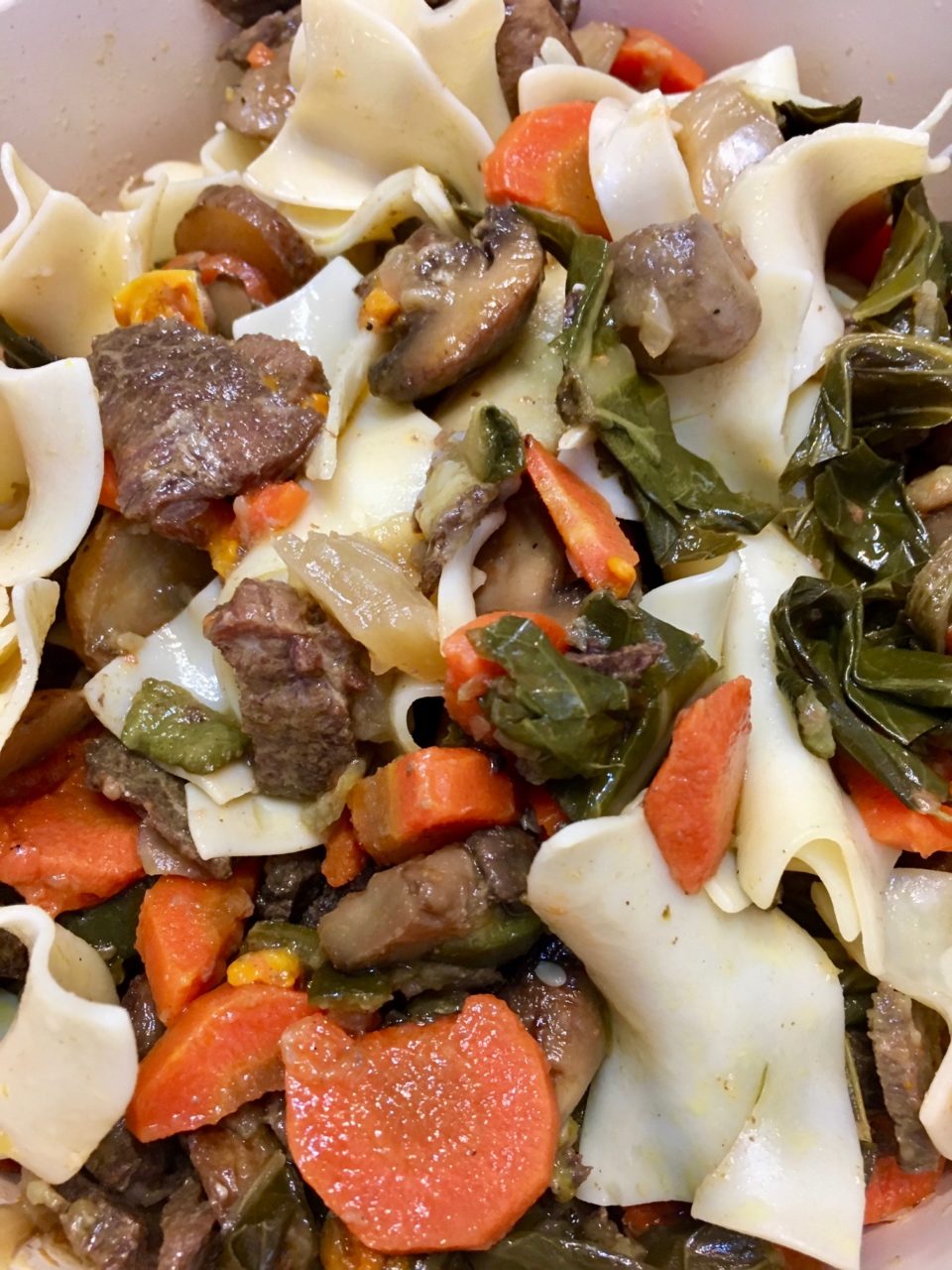 While Belle may not have had a crockpot, slow cooking is a traditional and delicious way of making a stew.  You may also bake in an oven proof covered pot or on the stovetop.  Vegetables can be scrubbed and the peels left if vegetables are organic. 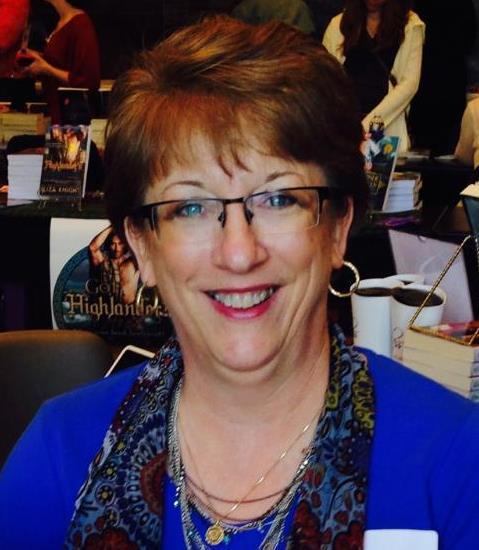