Enjoying Comforting Chicken Noodle Soup “In the Comfort of Shadows” 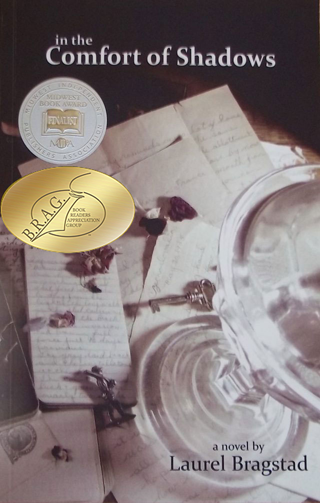 In the Comfort of Shadows

Laurel Bragstad’s novel, In the Comfort of Shadows, opens with a dream—or is it a memory? Main character Ann Olsen wasn’t sure, but she was sure that “adoption” was a bad word and not to be mentioned at home, unless she wanted to get everyone mad at her.

Her daddy told her, “It’s a bad word, Annie. Aunt Inga shouldn’t say it, and I never want to hear you say it again.”

In her search for her biological parents, Ann does more than pronounce the word.  She risks throwing away a childhood based on lies to find the truth.  “I wanted to know the rest of the story, that’s all. I just never dreamed it would end like this.”

The author digs into her own recollections. At a similar age to her character’s separation from her biological mother, Laurel’s mother dies and as an adult, Laurel searches her own and older relatives’ memories to find more about her. Laurel told me, “As a child I used to make up stories in my head about who my mother was as a person, and I even daydreamed about what my life would have been like had she not died. I never shared those with anyone because I got the feeling I was not to talk about her.”

Laurel explained that it was quite easy to use her personal experience to develop the personality of Ann because she didn’t have to invent the feelings of abandonment in losing a parent or the frustration of having so much of her childhood history kept from her.

Moving between Milwaukee and small town Newland, in north central Wisconsin, 48-year-old Ann travels to see Emmett, her Dad’s cousin, and the key to this mystery, now that her father has died.  Emmett is a recluse, yet he turns out to be a lover of literature and poetry, an elegant journal writer and a reluctant keeper of secrets. Most called Emmett crazy, but like his name’s meaning, he is the one who leads Ann to the truth.  It wasn’t what she thought it would be.

Laurel shared, “It was easy to develop the ‘character’ of Emmett because he was a real person — my dad’s favorite cousin. The WW2 diary entries in my book that describe his experiences in Europe were taken from his [her cousin’s] diaries.”  His home was exactly like Emmett’s with no kitchen appliances or central heating—just bare bones living.  “He could be ornery and disagreeable at times but also very philosophical and thoughtful at other times. He believed in the ‘old days’ when life was simple and people took care of themselves by being self sufficient and economical about how they lived.”

Ann thinks, “And now I find my childhood is rooted in lies….I don’t know. I feel like I have to start my life all over.”   The author explained that truth is not always comforting because “truth is not always what we want to know or want to live with.”

Layers of lies, half-truths and omissions peel off the cast of characters. The dreams turn out to be memories, although not always comforting ones, as Emmett tells her, “The actions of parents do affect the lives of their children. And like it or not, truth lays bare what I or was; but it can’t fix everything.”

Her friend John replied,  “Yep. Most good stories are.”

And this is a good story.

Now for the recipe:  When I asked Laurel about a recipe, she told me, “I’d suggest a recipe that says ‘comfort food.’ The real Emmett didn’t have any teeth (as described in the book), and he liked simple, basic, “old-fashioned” food like his mother used to make… He also loved soup, homemade bread, pudding and pie of any kind.”  Following Laurel’s advice, I have paired In the Comfort of Shadows with the old fashioned and comforting homemade Chicken Noodle Soup. 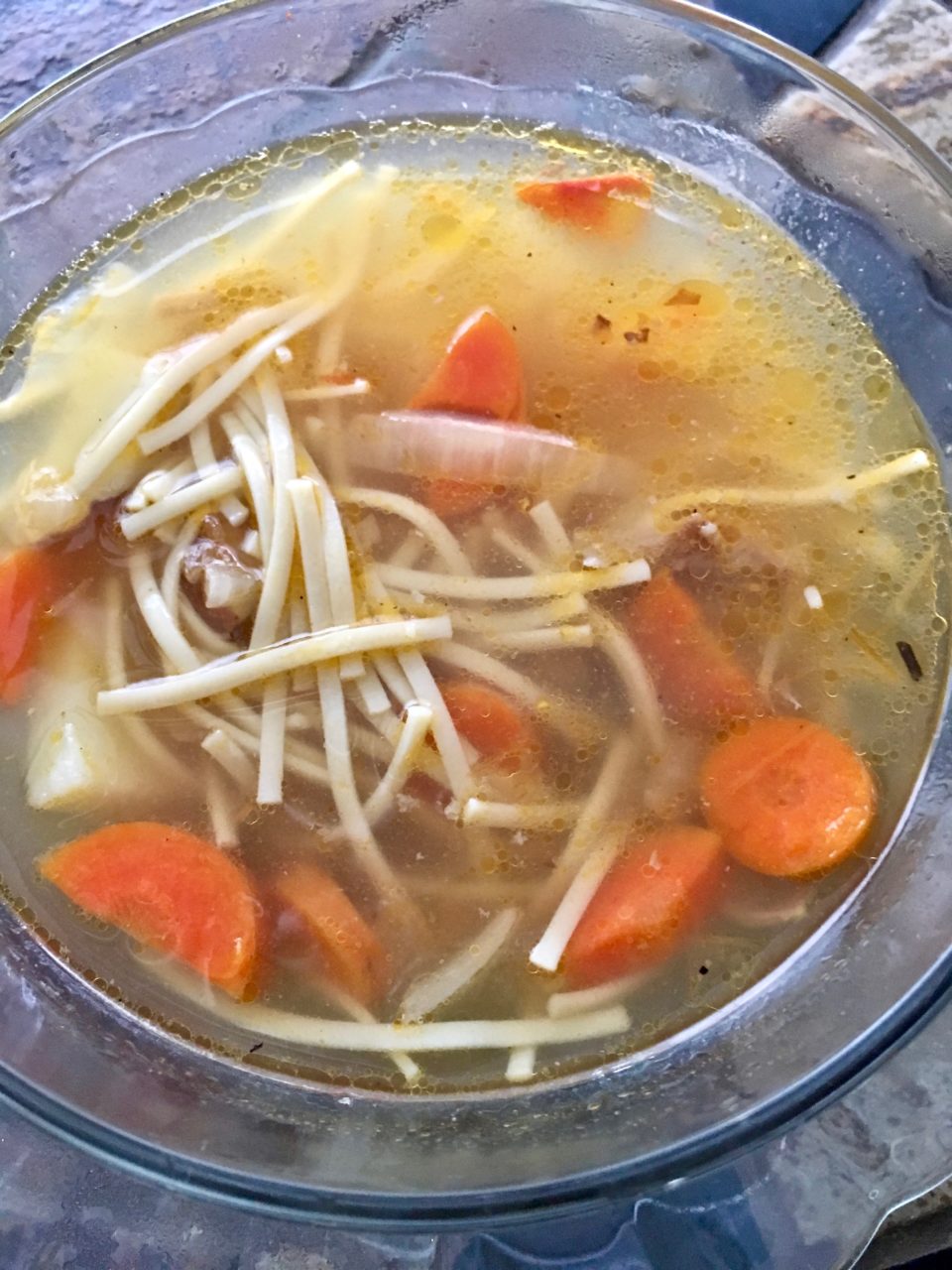 Serves 4 as a meal or more for a start

Water to cover chicken and vegetables

The Frugal Cook: Frugal people like Emmett would use up what’s in the refrigerator:  Add other vegetables on hand, such as parsnips, turnips, potatoes or corn.

Make it vegan/vegetarian:  Omit chicken and add 2 pounds of chopped vegetables of choice.

I’m in a rush! Use frozen vegetables to speed up the process. 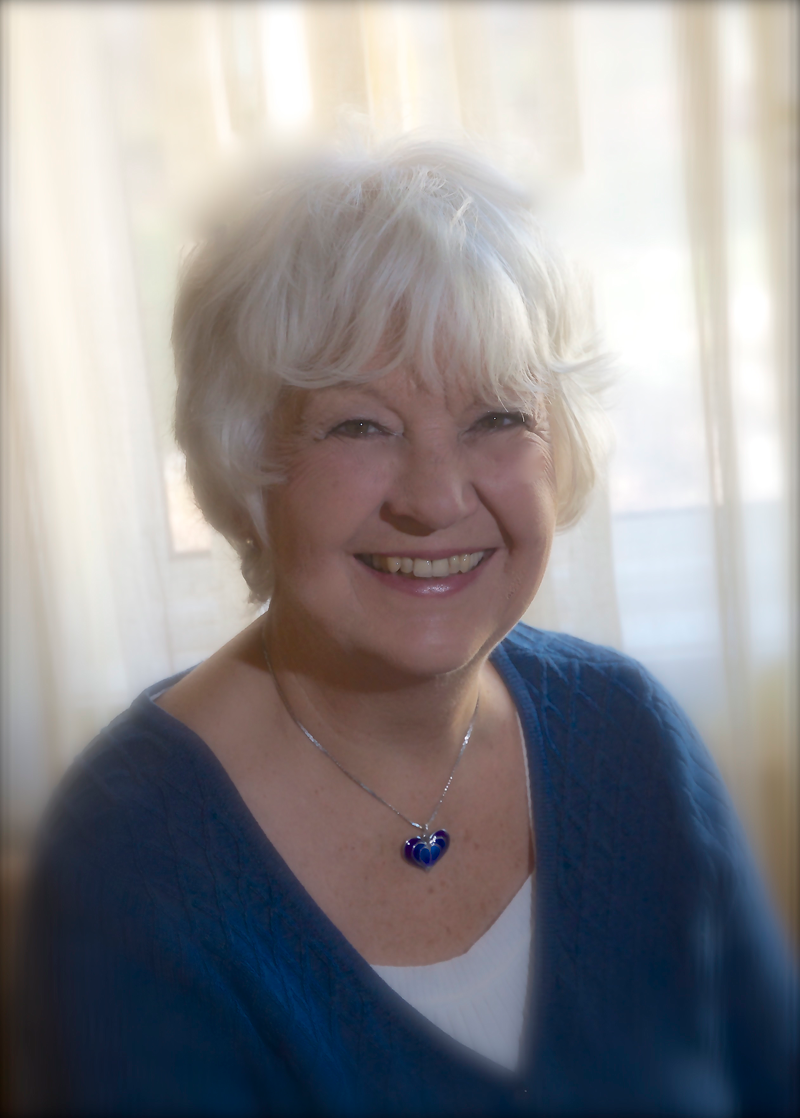 The comments, advice and opinions expressed here are those of authors whose books have been honored with a B.R.A.G. Medallion. They do not necessarily reflect the views of the owners, management, or employees of indieBRAG, LLC.
Authors' Chat, award winning books, Bloggers, Foodie Lit, indieBRAG, Readers Thoughts!, The B.R.A.G.Medallion, The Self-publishing World, The World of Reading, Uncategorized, Writers, Readers & Self Publishing #indieBRAG #readin #books #indie #Amazon #socialmedia, Foodie Lit