Oh To Be A Fly On The Wall! 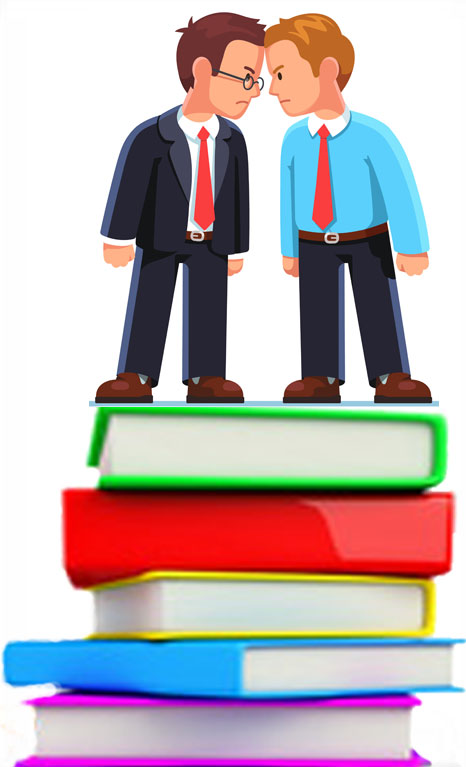 I’m sure many of you have seen the recent press releases announcing that yet another traditional publisher has acquired a self-publishing service, or is opening a new self-publishing division, or in what must be the most bizarre case of them all, has contracted with a competitor to utilize their SP service. It is rather amusing to see the spin that their PR agencies have put on these actions. Ever since the advent of print-on-demand technology opened up the world of publishing to hundreds of thousands (and soon to be millions) of author-wannabees, the traditional publishing houses have looked with disdain upon these unwashed masses.

Until now that is. But can it be that the fat cats and effete intellectual editors who populate the giant publishing conglomerates have suddenly decided that “we the people” aren’t such bad writers after all? Not! The truth of the matter is that there are three principal reasons behind this rush to get into the SP biz…they are money, money, and more money.

Wouldn’t you like to be a fly on the wall in the boardroom when the CEO of one of the big publishing houses was first presented with this idea by his senior vice president of new business development (SVP) in the presence of the president of one of their traditional imprint divisions (PRES) I think the conversation would go something like this:

CEO
Start a self-publishing division! Are you nuts?

SVP
No, sir. Hear me out. Eight out of ten Americans think they have a book inside them. And thanks to self-publishing service companies, now everyone and his uncle is rushing to put out a book.

PRES
Yeah and 99% of them are crap. Half of these so-called authors think a colon is the place where the doctor sticks a scope, and the other half can’t spell the word colon.

SVP
Actually, the figure is closer to 95% but that’s not the point. (to CEO) Every indie author is spending hundreds if not thousands of dollars publishing their work. And the profit margin for the SP houses is huge.

The CEO is intrigued.

SVP
Yes. And it’s even fatter for an eBook. Plus consider all the ancillary services we can sell these people at an enormous mark-up.

SVP
And a few indie books are actually outselling the latest work of our authors. We can use this as a source to trade up the good ones to our own imprint and leverage our investment.

PRES
(to CEO)
Good Lord, Chief. You’re not actually thinking of doing this are you?

The CEO ignores him.

CEO
(to SVP)
Okay. Put a proposal together for me.

Having made the sale the SVP leaves. The PRES shakes his head

PRES
What will I tell my guys when we start spewing out this garbage? And what will it do to our brand?

CEO
Your guys won’t complain when they see their fat year-end bonuses. And with respect to our brand, we will screen out the really bad stuff before we let an indie author publish it.

PRES
But won’t that mean it isn’t truly self-published?

CEO
So what? Half the public doesn’t know the difference and the other half don’t care. Meanwhile we climb on the gravy train before it leaves the station―and who knows―maybe a few indie authors that we should have signed in the first place make us even richer.