Writing a story is an art in itself. Creating the right setting, the perfect characters, plot, believable dialogue and conflict. With those blended ingredients are what makes a story impact the reader’s imagination, mind and heart. The most important aspect of story-telling is to draw the reader in your character’s world. How are the stories written to do this and how does one make it work? Today, multi award winning B.R.A.G. Medallion Honoree David Penny shares with us his expertise with us.

What are the steps in creating a setting for your story? 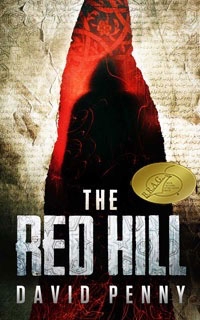 How long have we got? I write Historical Mysteries which are also set in Southern Spain during the time of the expulsion of the Moors, so for me creating a setting is a mixture of detailed research and outright imagination.

When I started my research, I discovered that little is known about my chosen period, and much of what is published can be over 150 years old. The world of Moorish Spain would have been very different to modern Spain, so I needed to world build as much as recreate a world now lost.

I also walk the ground. I spend long periods of time in Spain, even more so now, and there is no replacement for standing on the land that links the then and now, of learning what it would have been like. Much of Andalusia has changed very little outside of the main conurbations and the coastal strip of high-rises. Almond trees still paint the hills in a grey-pink wash twice a year, and the landscape is as unforgiving as it has always been. I carry those memories every time I sit down to write.

There is a fine line between creating a visible backstory and a hidden backstory of your characters. What are the steps in balancing it out? What should you not do?

Great question, and one I see a lot of writers struggling with. There is a tendency for some to want to put in everything they have worked on, adding great dumps of back story because it is sitting there and they can’t bear not to use it.

Personally, I probably tend too much in the other direction, a trait I am trying to work on as time passes. With all backstory, it should be even more like an iceberg than an iceberg. What I mean is write your character’s life history, their conflicts and losses and learnings, then choose one nugget here, another there. At least 90% of the back story must be hidden.

A technique I learned for myself, though almost certainly I could have gotten it from someone else, came when I was writing a novella about a young man who needed to prove his innocence of murder. I was struggling with it until I began to play around with who the real murderer was and wrote their story – all 8,000 words of it. Then I marked out what would show above the surface of events, and those were the clues my protagonist would encounter.

And finally, I am fortunate in that my series is planned as 10 books, each around 100,000 words, so I have a lot of space to inject a back story without it appearing to be a lot.

How much is too much conflict? And what do you do about it when it’s not working in the plot?

I tend to think some writers struggle with the idea of conflict, taking it too literally and adding fight scenes, chases and argument. I prefer to think of conflict as the resistance to the gaining of a goal, want or need.

Kurt Vonegut once said “Every character needs to want something – even if it’s only a glass of water.” Anything that stops them getting that glass of water is conflict.

Conflict can be subtle, but it needs to be present in every single scene you write. One of my favorite techniques, and one I don’t always achieve, is to leave the conflict unresolved at the end of a scene and only resolve it in the next, or better still, the next but one scene. To plant a question in the reader’s mind which will keep them turning the pages.

What are the steps in creating believable characters and dialogue?

These are two tough ones.

Characters must be believable. No protagonist is ever entirely good, no antagonist entirely evil. This comes back to your question on back story. A believable character must have a complex back story even if the reader never sees it, for it is this complexity that resonates in the writer’s mind when the words are being poured through the keyboard. They inform the writer and then go on to entertain the reader.

You can always tell when you get your characters right because they come alive, almost literally. I imagine only a veil of time and distance separates me from my main characters. To me, they are alive, not constructs.

And dialogue… even tougher. I can’t pretend I’ve got that yet, but one tip is to always read your work aloud before finishing it, and listen to the rhythm of the words. When spoken, those parts that don’t ring true will sound wrong in your ears.

And, expensive, but I found this wonderful, is get an audiobook done. Listening to someone else read your words is a great exercise in humility. Since having two audiobooks done I now write my dialogue differently because I hear the words spoken in my head as I write them. 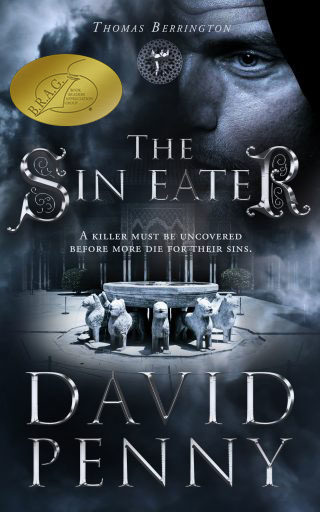 What is the advice you would give to a writer when they get stuck on a specific scene or comes across a road block in their plot?

It depends on how people write. If you are a pantser you most likely need to work your way through it. If like me you are a plotter you can skip a scene and move on. If when you come back to it something is still not right it’s probably an indication the scene is redundant. That might also go for a pantser. If you’re stuck, is it because you chose the wrong path some while back? Do you need to backtrack and find where that wrong turn was?

I remember hearing Lee Child – who is the ultimate pantser – say he wrote the end of one scene where a Cadillac with four men in it pulled up in a small-town street at 4am. Then he got up from the desk and walked away, because he had no idea at all what that Cadillac was doing there, or who the men were, or what they wanted – but he knew it would come to him. Two weeks later it did and he sat down again.

The other thing to remember is that writing is a muscle. If you don’t use it, preferably every day, it’s going to wither. Sit down and write. And if you get stuck, write something else. Perhaps have more than one work on the go at a time and switch over to that. But write. Always write. 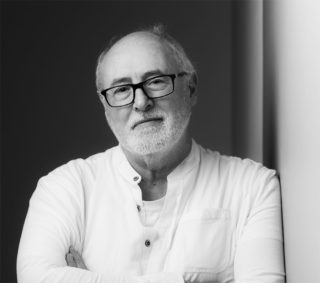 David Penny was first published at the age of 24, with four novels and several short stories appearing during the 1970’s. Near-starvation led him down the slippery slope of work, which distracted him from his true calling. He has now returned to writing and the first three books in his Moorish mystery series, The Red Hill, Breaker of Bones and The Sin Eater are currently available.

The comments, advice and opinions expressed here are those of authors whose books have been honored with a B.R.A.G. Medallion. They do not necessarily reflect the views of the owners, management, or employees of indieBRAG, LLC.
Authors' Chat, indieBRAG, The B.R.A.G.Medallion, Writers, Readers & Self Publishing