My second novel, Vinegarone, is in the hands of beta readers and my editor. I’m looking forward to self-publishing that novel this summer or early autumn.

I attended a writers’ conference this past April sponsored by the Houston Writers Guild, of which I am a member. The conference served two purposes.

First, it provided some long overdue time for me to surround myself with like-minded people who enjoy writing. It was during one session that I experienced a badly needed “ah-ha!” moment, enabling me to clarify a particular weakness in the plot of Vinegarone that had been nagging me for far too long. That moment of inspiration allowed me to finish the novel to my satisfaction, and I am my own worst critic. I will never publish junk!

Secondly, it reaffirmed my belief in self-publishing. If a noteworthy agent contacted me tomorrow and expressed interest in my novel would I foam at the mouth? Perhaps. But let me share a bit of my experience in Houston.

I was particularly struck by the break-out sessions lead by authors Rhiannon Frator and Nikki Loftin.

Rhiannon Frater
http://rhiannonfrater.com
She is a well known, self-published author of zombie/vampire books. She has recently been picked up by an agency. Congrats to her.   Her story is both an inspiration, yet one that flashes warning lights. If I was to sum it up, my take away is You finally have an agent and a publisher. Now kiss your life, and all that was once good with it, farewell.

She views her traditionally published novel as one that will augment her self-published works, not the other way around. She makes good money through s/p, enough to allow her to write full time. She enjoyed the ability to write what she wanted, when she wanted, in her own voice. With traditional publishing, she is slowly losing all of that.

Nikki Loftin
http://nikkiloftin.com
Another inspirational speaker. If she fails as a writer, and I don’t see that happening, she needs to be a motivational speaker/stand-up comedian. She is a riveting speaker and a joy to listen to.

Unlike Rhiannon, Nikki is all about traditional publishing. It works for her. She is doing well. She has a compelling story about how to get there. Having said that, she, like Rhiannon, has kissed her once happy life farewell. Contracts, deadlines, rewrites. It’s stressful. Yet, to her credit, she’s not backing away.

I met with several agents who expressed zero interest in my first novel, the BRAG Medallion winner, In Search of the Fuller Brush Man. It hadn’t sold 5000 copies, so their sage advise was for me to put it on a shelf and forget about it.

They had limited interest in Vinegarone as long as I trimmed it to 80,000 words, which is, but edict of the Literary Gods, as long as a debut author’s manuscript is allowed to be. Both of my novels thus far run 104,000 words +/- thank you very much. That is my sweet spot. That is where I have found my voice. I have no plans to change.

So, once again, I find no compelling reason to pursue traditional publishing. I will let them pursue me. Meanwhile, I will continue writing my trilogy titled, Boundaries. Expect it to be (self) published, all or part, in 2014. 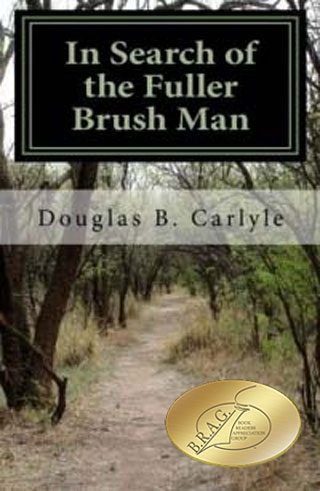 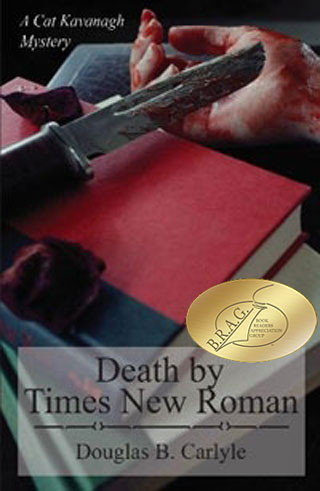 The comments, advice and opinions expressed here are those of authors whose books have been honored with a B.R.A.G. Medallion. They do not necessarily reflect the views of the owners, management, or employees of indieBRAG, LLC.
Authors' Chat, Writers, Readers & Self Publishing
Copyright 2023 IndieBRAG, LLC. All Rights Reserved.