A Book from my Childhood – Igniting a Passion By Marisa Parker

As a child, I loved Enid Blyton books. The Famous Five Series was especially something that I became totally enthralled in. The stories drew me in. The words would wrap themselves around me and levitate me to another world. I have a vivid imagination you see. And of course, Enid Blyton’s story telling was just so captivating. I grew up in Africa and yet, the sentences peppered with exclamations like, “Jolly Good!”, and descriptions of mouth-watering English high teas were intriguing, and so very different to my way of life.

However, it was a book called the Island of Adventure that really did it for me. That first book of the Adventure Series (Enid Blyton) was a brilliant read for a shy teenage girl with simmering hormones who didn’t quite fit-in. Books were a welcome and comforting escape mechanism. Looking back, I remember that sometimes, and I still do this today, I’d re-read a sentence or paragraph if it was well written or made me think twice. The seeds were already growing of how one day, I would want to write my own stories. Write something that would captivate the reader or at least make them think … hopefully good things!

You see, I had a ritual whilst growing up. I’d read the first few chapters of my chosen book. Then, I’d go to the kitchen, get a glass of milk, some butter biscuits and a jar of Nutella. Yes, that chocolate hazelnut spread that is addictive. I’d spread that delicious smooth chocolate creamy spread on a biscuit and pop it in my mouth munching away as the Famous Five teenagers would get themselves innocently embroiled in all sorts of trouble. Yet, through sheer determination, courage and, a bit of luck, it would all come right. The criminal would be caught or the issue solved, and the day saved – as Enid Blyton would say.

But on this occasion, that is, upon reading the first book of the Adventure Series of Philip, Dinah, Lucy-Anne and Jack, I couldn’t stop. Reading that is. Before I knew it, I was halfway through the book and bursting for the loo. An hour had passed and yet, I hadn’t felt tempted by a chocolate indulgence. My scurried toilet break was almost unbearable. I had to get back to see what was happening in the copper mines under the sea!

Even a holler from my mum couldn’t get me out of my bedroom. I was chained to a book which I HAD to finish. As I unwillingly read the last page with both a sense of delight of a well-told story and yet, with annoyance that it was finished, I closed the book and stared at the front cover. Covers are important to me. As a child, I judged a book by its cover. Now as an adult, I’m more lenient. More forgiving if you will. I know that a story can unfold in the most surprising and pleasing manner. It’s the story that will draw me in and, if the personalities are slowly revealed by clever storytelling then my imagination will create its own version of the characters and their surrounds.

Thank you, Enid Blyton for lighting a fire. This has never gone out, burning true like the Olympic flame. I’ve been an avid reader since then and still am. But finally, I’ve also found the courage to write my first book. It’s many years since that particular Enid Blyton day but I’ve finally done it. 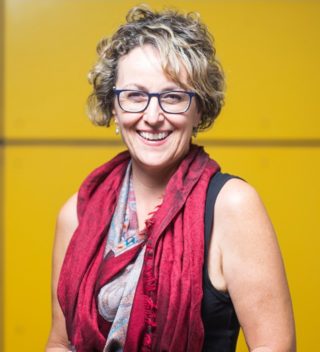 Mamma, Maria (Mariolina) Martore and papa, Eugenio Piergiovanni, have led such an amazing life that I had to write their story. The first book, GOODBYE To Italia – a timid Italian girl; a young soldier; a love story – is about their diverse experiences in Italy and Africa in WWII. I’m now writing their second book (2017) after they married and went to live in Africa. The story will be related personally from my mum’s perspective, as she recalls it.

Currently, my husband and I live in the hills behind the Gold Coast in Australia. We have two grown-up daughters who were born in Zimbabwe, Africa – where I was also born. Although it was called Rhodesia back in the day! We left Africa in 2000, and went to live in New Zealand for six years before moving to Australia which is now our home. Since moving here, I’ve undertaken study as a mature-age student whilst working full-time. It’s been a tough journey but oh, so worth it.

The comments, advice and opinions expressed here are those of authors whose books have been honored with a B.R.A.G. Medallion. They do not necessarily reflect the views of the owners, management, or employees of indieBRAG, LLC.
Authors' Chat, indieBRAG, Writers, Readers & Self Publishing