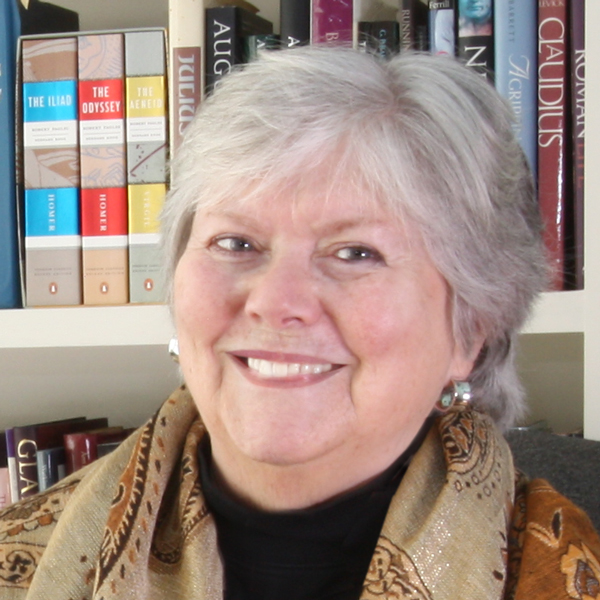 Like many novelists, I started writing stories at age 11 or so. By the time they disappeared down the garbage chute of time, I was hooked on historical fiction. Rosemary Sutcliff and Mary Renault were early influences. Today I’d name C. J. Sansom, Ruth Downie, Andrew Taylor, Adrian Goldsworthy, Steven Pressfield, and S.W. Perry, among others. My favorite stories incorporate suspense, intriguing circumstances, romantic tension, and a splash of humor, all wrapped around something important at stake.

Work-wise, I’ve always been a writer—first on a New York magazine, then at an advertising agency, and eventually as owner of my own freelance financial writing business. My side gig in the meantime was writing a novel about Ancient Rome. And revising. And rewriting. And starting over. And revising. And so on.

It took fifty (yes, 50) years between scrawling the first chapters at college and actually publishing that first novel, ROMA AMOR: A NOVEL OF CALIGULA’S ROME. The second book, AMBER ROAD: A NOVEL OF LOVE AND BETRAYAL ON THE ROMAN FRONTIER, took only four years to write. At that rate, I’m hoping Book 3 will take only four months. (Insert laughing emoji.)

While soaking up info from history books and museums, I’ve walked on Roman roads, stood on the Palatine Hill where Caligula was murdered, and explored the Danube frontier from the site of the fortress of Carnuntum. Personal experiences like these make it easier to inhabit a character—and help readers see the world through his or her eyes.