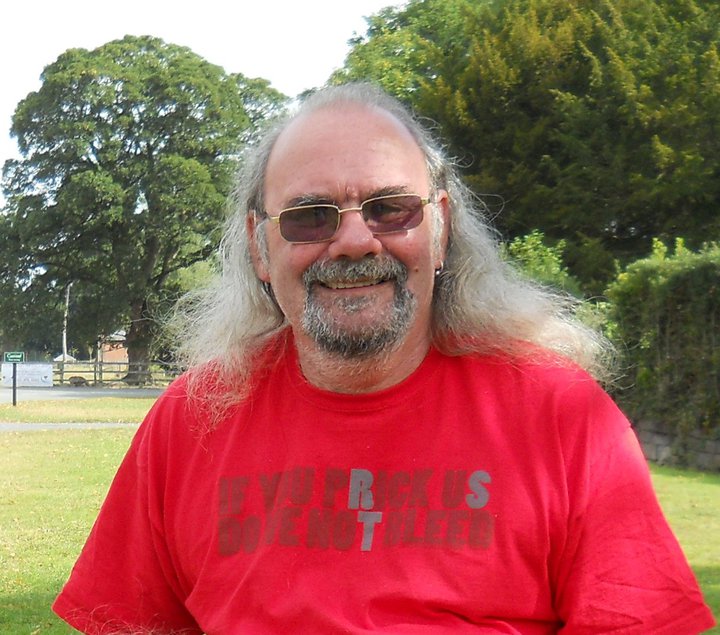 About Richard Tearle with Helen Hollick

Richard was born in Muswell Hill, north London and but for a quirk of fate, he might have gone to school with Ray and Dave Davies of the Kinks and also Rod Stewart.

He is now retired, but started work with the Ever Ready Co (GB) Ltd before moving to the Performing Right Society, collecting and distributing royalties on behalf of composers and publishers. After a short and unsuccessful venture into self-employment, he spent the last seventeen years of his working life as a Civil Servant, collecting unemployment autographs for the Government.

Richard is a frustrated Rock God and an equally frustrated Tottenham Hotspur football fan (Spur’s fans will understand that) and, for his American friends, a follower of the New Orleans Saints. He lovse tennis to the point that he would take Wimbledon fortnight off work and hang up the ‘Do Not Disturb’ sign. He is a huge music fan where his idols include Bonnie Raitt, The Kinks (of course!), Neil Diamond and Julie London.

He has lived in Highgate, Friern Barnet, Barnet, Margate, Ramsgate and is now seeing out his dotage in Lichfield, Staffordshire. I has four children and an equal number of grandchildren.

Following retirement in 2013, Richard became involved in a ‘new’ Blog spot run by author Helen Hollick called ‘Discovering Diamonds’. The concept was simple; to review Historical Fiction written, mostly, by ‘Indie’ authors who do not have the great publicity machines of mainstream publishing behind them. Reviewing become a passion of his; just as many will follow an unsigned band, Richard helped promote virtually unknown authors. Because of this, he has met (literally and virtually) many authors who he counts as ‘friends’. He has also read many fabulous indie books that really deserve to be seen on the shelves of the big stores.

He began reading at an early age, lapping up the ‘romances’ of Henry Rider Haggard and Edgar Rice Burroughs, to name but two. Later, he took to Ray Bradbury, Alexander Kent, Tolkien, David Gemmell, Joe Abercrombie and John Connolly. The way each of these told their tales impressed and inspired him, and he hopse those influences and diversity in subject show in his own writing.

Recently, Richard became ill and has spent some while in hospital. It is to be hoped that he recovers back to good health soon.