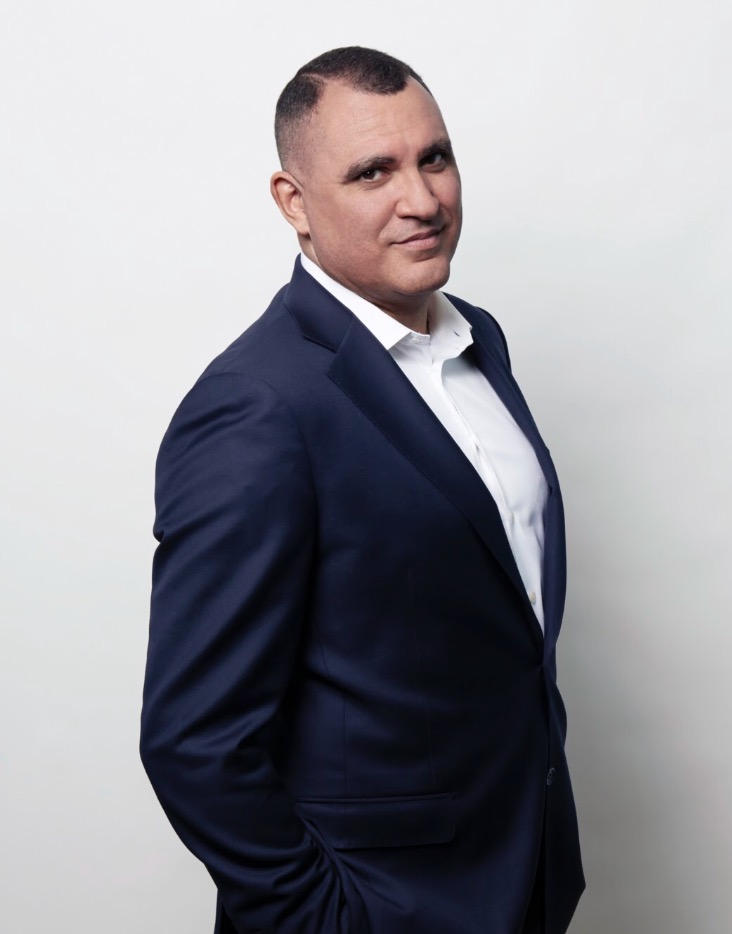 Rafael Amadeus Hines comes from a diverse family background with Panamanian, Jamaican, and Irish roots, and is a native New Yorker, born and raised on Manhattan’s Lower East Side. Dipping into his early Alphabet City memories, he loosely based many of the characters in his first novel, Bishop’s War, on the people he grew up with, and adapted many of his own experiences into the book as well.
A former Jazz club owner and restaurateur, Rafael has worked in the financial and energy markets for over 20 years. On 9/11 he watched his office along with all the others in The Twin Towers come crashing down and like many New Yorkers on that terrible day he anticipated follow up attacks to take place throughout the city. Years later he envisioned a lone citizen soldier preventing these attacks and the hero Sgt. John Bishop appeared on paper.
A voracious reader of suspense thrillers, Rafael’s writing career was inspired by legendary artist-authors Elmore Leonard, John Sandford, Stephen Hunter, James Lee Burke, and Tom Clancy. He is currently working on the second novel in the Bishop series, Bishop’s Law.
Awards
Rafael has recently been added to the list of the World’s Top 200 Most Influential Authors (https://richtopia.com/inspirational-people/top-200-authors) and in addition to becoming an Amazon International Bestseller, Bishop’s War is an IPPY (Independent Publisher) 2017 Suspense-Thriller Award Winner, New Apple Literary 2017 Award Winner for Best New Fiction, the New Apple Literary 2017 Suspense-Thriller Solo Medalist, a 2017 Global Ebook Suspense Award Winner, Book Excellence Gold Medal Winner, IAN 2017 Book of the Year, and was the Book Viral 2016 Millennium Book of the Year.
www.rafaelhines.com