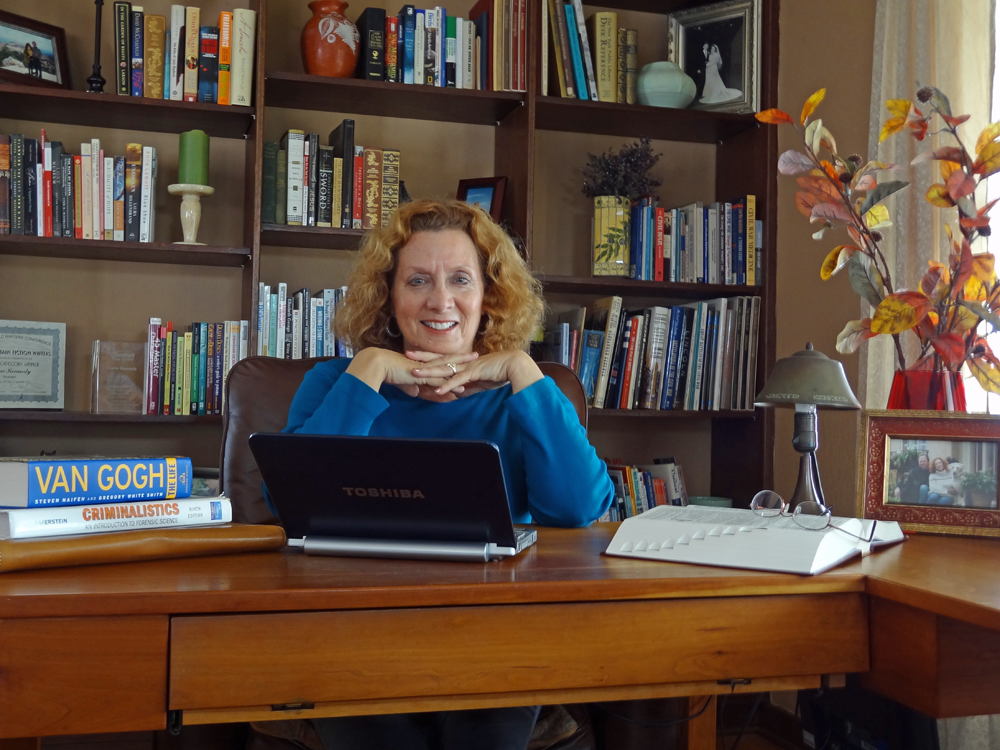 With a Masters’ Degree in Science and more than 28 years as a science museum director, Lynne Kennedy has had the opportunity to study history and forensic science, both of which play significant roles in her novels. She has written six historical mysteries, each solved by modern technology.

The Triangle Murders was the winner of the Rocky Mountain Fiction Writers Mystery Category, 2011, and was awarded the B.R.A.G. Medallion Honoree Award.

Deadly Provenance has also been awarded a B.R.A.G. Medallion and was a finalist for the San Diego Book Awards. With the release of Deadly Provenance, Lynne has launched a “hunt for a missing Van Gogh,” the painting which features prominently in the book. “Still Life: Vase with Oleanders” has, in actuality, been missing since WWII.

Her fourth book, Pure Lies, won the 2014 “Best Published Mystery, Sisters in Crime” award by the San Diego Book Awards, and was a finalist in Amazon’s Breakthrough Novel Award.

Time Lapse, her fifth mystery, was awarded a B.R.A.G. Medallion award in 2016.

Lynne’s sixth novel, Hart of Madness, premiered in August of 2018 to all 5-star reviews. It has garnered discussion about New York City’s Hart Island in light of publicity during the pandemic.

She blogs regularly and has many loyal readers and fans.  Visit her website at www.lynnekennedymysteries.com