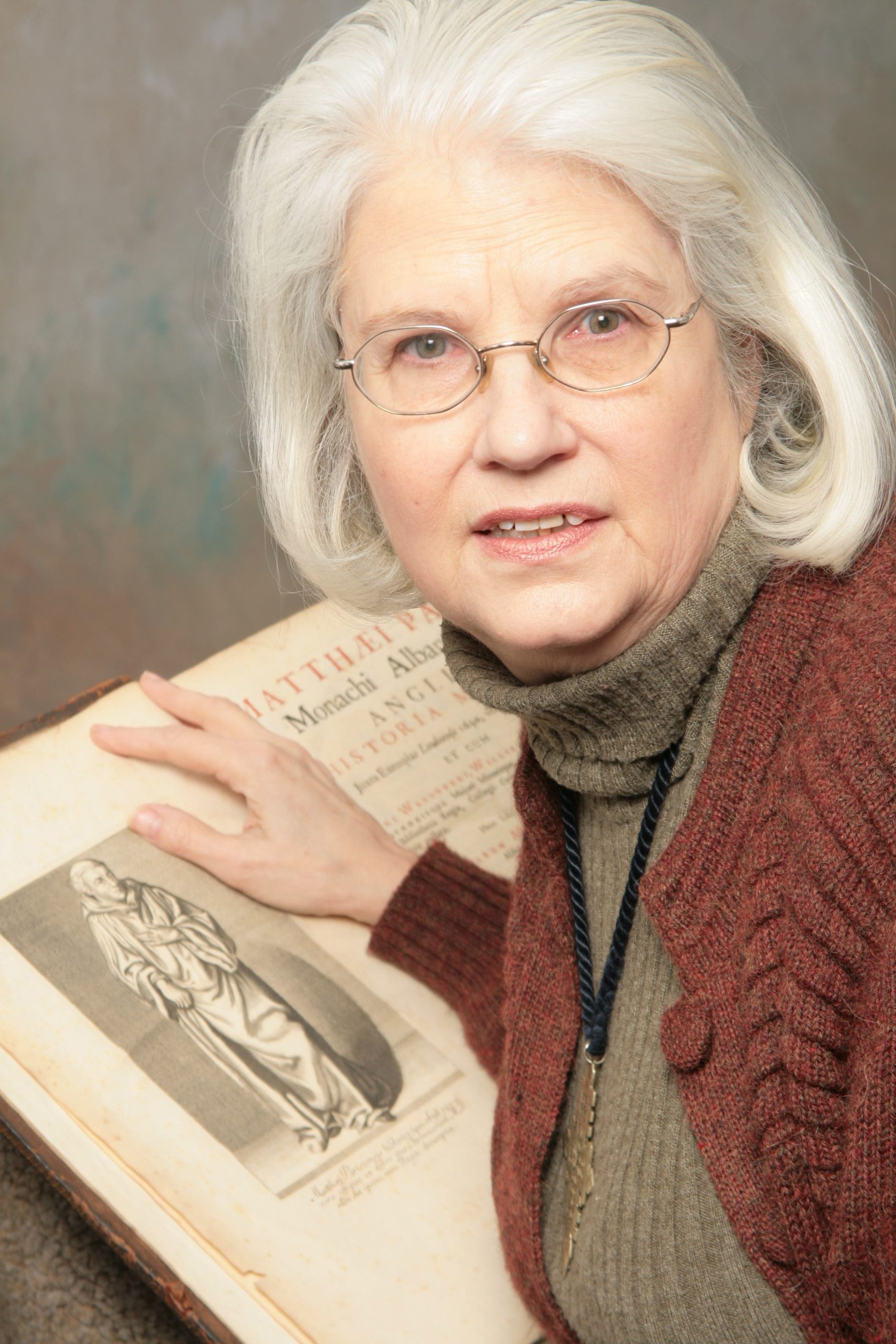 Katherine’s four-volume novelized biography Montfort, the product of 35 years of research, was 30 weeks on the Amazon historical-novel bestseller list.

As a screenwriter, playwright and author, she has six books in print and some twenty original plays, screenplays and radio dramas to her credit, many of them written on commission.

She is president of Montfort Productions Inc. and was producer/director of Jefferson Radio Theater, producing seven historical drama miniseries for public radio.

Growing up in the film world (her father was Fredric M. Frank, staff screenwriter for Cecil B. deMille and screenwriter of El Cid), she returns to her roots as she plans an epic feature film and/or television series of Montfort.

Montfort The Angel with the Sword