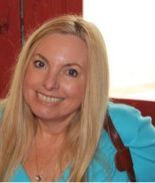 J. Schlenker, a late-blooming author, lives with her husband out in the splendid center of nowhere in the Kentucky foothills of Appalachia where the only thing to disturb her writing is croaking frogs and the occasional sounds of hay being cut in the fields. Her first novel, Jessica Lost Her Wobble, published in December 2015, was selected as a finalist in the William Faulkner – William Wisdom Creative Writing Competition and was awarded five stars from Readers’ Favorite. The Color of Cold and Ice, her second novel was awarded a Brag Medallion. Her third book, The Missing Butler and Other Life Mysteries, is a collection of short stories. This book was also given five stars by Readers’ Favorite. One of her short stories from the book, The Missing Butler, received honorable mention in the first round of the NYC Competition. J. Schlenker’s fourth book, Sally, was inspired by someone she had the honor of meeting at eight years of age, Sally Ann Barnes, born into slavery in 1858.

The Color of Cold and Ice