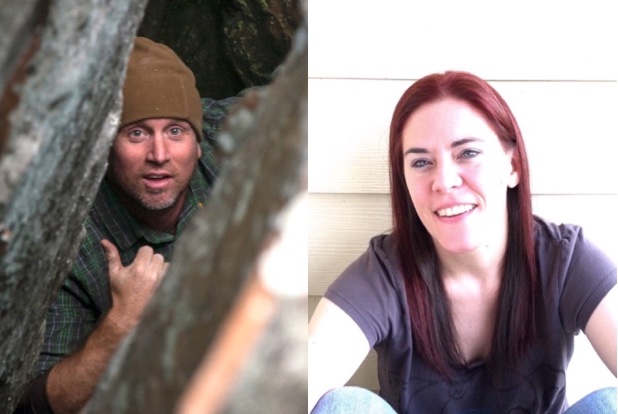 As a child, Erin fell in love with llamas and with the books of Anne McCaffrey, whose Dragonriders of Pern series inspired her to become a writer. When she finally met Anne McCaffrey at a fantasy convention some two decades later, she wept uncontrollably throughout the entire affair. She does significantly better with llamas.

Steven spent his childhood reading anything he could get his hands on, sharing his favorite stories with his younger brothers and then acting them out, especially if this required sword fighting on horseback. When they ran out of books, he wrote his own, including his brothers as the main characters by sketching original illustrations on magazine clippings.

Together, they are Dragon Authors, writing science fiction and fantasy for teens and adults. Their short fiction has been published internationally in Australia’s Hugo-nominated Andromeda Spaceways Inflight Magazine. Their debut novel, The Intuitives, garnered 5-star ratings from around the globe and was nominated in the 2017 Goodreads Choice Awards for Best YA Fantasy.

The first volume of their newest series, Tales of The Wendy, was published in January of 2018, thanks to their generous supporters on Patreon. It has already received 5-star ratings from at least nine different nations across six continents. They’re still working on Antarctica.