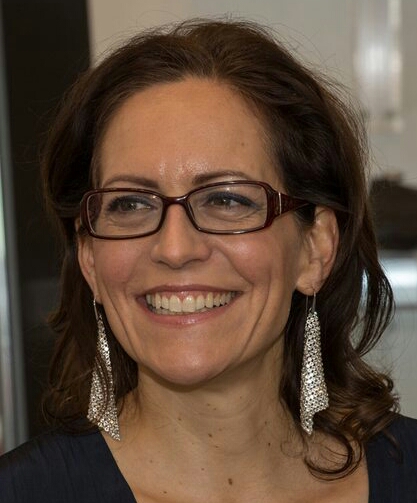 Elin Barnes was born and raised in Madrid, Spain. Her father is a Spanish film director and her mother a Swedish author and interpreter (with a past life as an actress).
She first came to the US to improve her English for a couple summers, and then as an exchange student, graduating from West Side High, in Omaha, NE.
After a short stint at the Escuela Universitaria de Ingenieria Tecnica Aeronautica, en la Universidad Politecnica de Madrid, Elin decided to pursue her childhood dream of becoming an airline pilot. She went back to the US and spent two and half years in Daytona Beach, FL, at the Phoenix East Aviation school, where she became a flight instructor with over 600 hours of total flight time. When her less-than-perfect eyesight impeded the full medical certificate needed to fly large passenger aircrafts, she switched gears again and went back to Spain to study Law.
Missing the United States, she relocated to Seattle, where she graduated Magna Cum Laude in Philosophy at the University of Washington. Here she also received the Mary Gates Research Endowment for a year-long research project to investigate persuasive effects of testimony. After a short stint working for a criminal appeals lawyer, Elin returned to Spain to obtain a Masters in International Commerce from the Universidad de Alicante.
With the broad set of skills she developed over the years, Elin returned to the US and for the last decade she’s worked in technology for some of the most well-known companies in the US, including AT&T, T-Mobile, Google, Microsoft, Tivo, Samsung, and Apple.
Elin attended her first International Thriller Writers conference in 2009, and has not missed the annual event since. Combining her passions for law, technology, and thrillers, Elin was inspired to pen her novels in Silicon Valley, where innovation is always brewing.