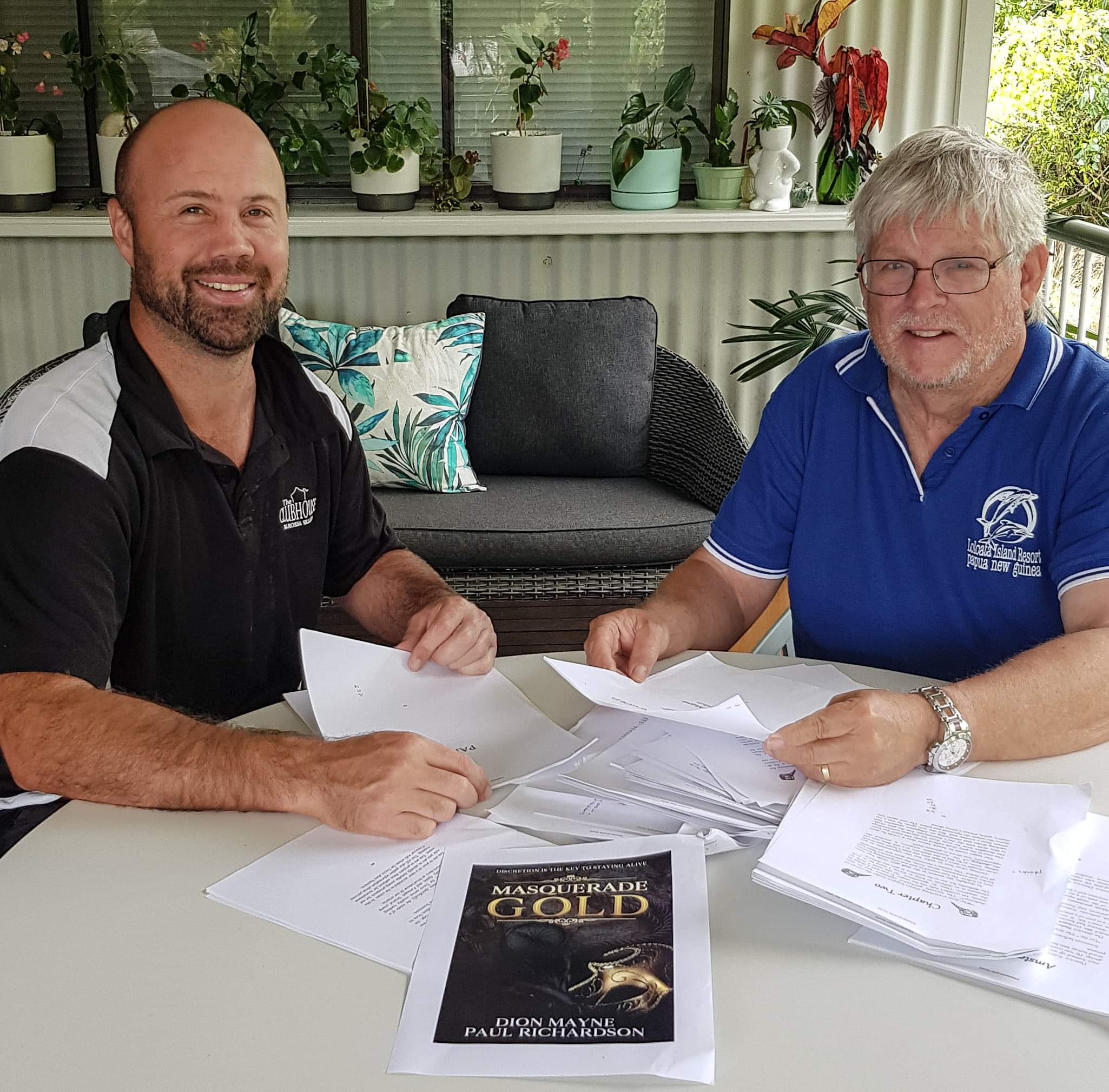 Dion Mayne works in Mackay in Queensland. He has lived in the Pioneer Valley all his life. Dion is an active sportsman with a passion for rugby league. Dion is a great storyteller and has shared many a tale with friends and family. His desire to create adventurous stories about larger than life characters has seen him write several short stories. His biggest project, and by far greatest tale to date, is Boomerang Gold.

Paul Richardson has had a career as a school-based educator. Firstly, as a teacher and then as principal. Paul has worked in schools in Queensland, England and Papua New Guinea. Throughout his career, Paul has had an ongoing passion for the implementation of student-centered learning practices in schools. His research in this area led to him being awarded a Doctoral Degree in education in 2013.
Paul has published five novels: Digging the Dancing Queen, Time on the Fly, The Red Sheep, Stories about my School Life and Taylah’s Got Talent.

Dion has known Paul since he was at primary school. In fact, Paul was Dion’s teacher when Dion was in Grade Five!

Their common interest in storytelling and their ongoing friendship has led to them collaborating for this book.