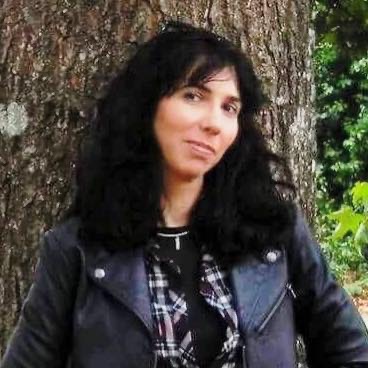 Born in Hollywood and raised by an Emmy Award winner, Delane spent her youth surrounded by make believe and chaos. After earning a degree in English with a concentration in literature and creative writing at UCLA, she left the raucous Writers’ Room at ABC she called home, strapped her typewriter to her back, and traded in all that stardust in search of some real-life adventure.

She got her first publishing contract at the age of 19 and has written short stories featured in anthologies, specialized fiction, and novels ever since. Having been clicking at a keyboard for most of her life, she’s published both independently and with major publishing houses. Ms. Daugherty’s writing has been used in national magazines and small journals. She’s had her work featured on many websites in a variety of fiction and nonfiction categories, and has earned several award nominations.

While her writing crosses genres between literary fiction, romance, dark humor, and even suspense, they all have one thing in common: her unwavering love of Hollywood.