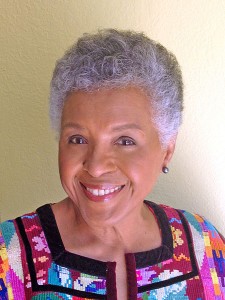 Dr. Catana Tully grew up trilingual in Guatemala where she attended elementary and middle school. In tenth grade she entered a boarding school in Jamaica, WI and received her Advanced Level Higher Schools Certificate from Cambridge University, England. Expecting to become an international interpreter, her studies continued at the Sprachen und Dolmetscher Institut in Munich, Germany. However, after answering a call to work in a play, she discovered her affinity for the dramatic arts. As the actress and fashion model Catana Cayetano she appeared in Film and Television work in Germany, Austria, and Italy. She met and married the American actor Frederick V. Tully and ultimately moved to the United States. They have a son, Patrick. In Upstate New York, she completed the BA in Cultural Studies at SUNY, Empire State College; obtained a MA in Latin American and Caribbean Literature, and a DA (Doctor of Arts) in Humanistic Studies, from SUNY, Albany. In 2003, personal reasons required she retire from her tenured position as Associate Professor at SUNY Empire State College, only to return for part time work in 2005 at ESC’s Center for International Programs. There she served as Mentor and instructor in the Lebanon Program and as Interim Program Director for the Dominican Republic. Wishing to dedicate herself completely to publishing Split at the Root, she retired entirely in 2011. That accomplished, she has now dedicated her time to work with older adoptees, whether they look like their parents or not, and with parents who have or are planning to adopt. Dr. Tully offers words of wisdom and tools to strengthen adoptees impaired images not only of themselves, but also of their race, their religion, and their culture.

Split at the Root