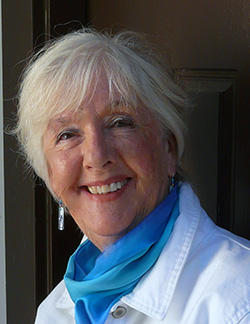 Rhys Bowen is the New York TimesBestselling Author of the Royal Spyness Series, Molly Murphy Mysteries, and Constable Evans. She has won the Agatha Best Novel Award and has been nominated for the Edgar Best Novel. Rhys’s titles have received rave reviews around the globe.

On March 1, 2017, Rhys is excited to announce the publication of her first big stand-alone thriller, In Farleigh Field, set in World War Two at an English stately home.  It has already received stellar reviews.

Rhys currently writes two mystery series, the atmospheric Molly Murphy novels, about a feisty Irish immigrant in 1900s New York City, and the funny and sexy Royal Spyness mysteries, about a penniless minor royal in 1930s Britain. Her books have made bestseller lists, garnered many awards, nominations, and starred reviews. She was born in England and married into a family with historic royal connections. She now divides her time between California and Arizona.