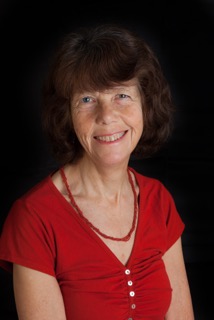 Barbara Lamplugh has been writing since the 1970s. Her love of adventure and travel took her first on an overland journey to Kathmandu, which inspired her to write Kathmandu by Truck (1976) and then on the Trans-Siberian railway, by boat to Japan and around SE Asia, which led to her second book, Trans-Siberia by Rail (1979). Becoming a mother put a stop to such long travels but not to writing. She turned instead to fiction, inspired by the often fascinating and unexpected stories of ordinary people she came across in her work in the community. She also wrote occasional articles for magazines and newspapers, including The Guardian and Times Educational Supplement.

In 1999, with her two children now independent, she moved to Granada in Spain, where Secrets of the Pomegranate is set. For several years she worked as a features writer for Living Spain magazine, contributing around a hundred articles on topics ranging from Olive Oil to Machismo to Siestas. Alongside her writing, she teaches English, edits and translates. With five grandchildren in the UK, she makes regular visits there. Her other passions include cycling, dancing, jazz and, of course, reading.

Secrets of the Pomegranate